Hard disk failure is one of the most frustrating situations a user can ever confront. Sometimes it may lead to permanent data loss and bring you to tears. A hard disk is the most important part of the computer. So any sort of issue or corruption can cause severe problems. In this article, we’ll talk about the most common reasons for hard disk failure. Also, we’ll learn how to fix corrupt hard disk to recover data from it. But before that, let’s discuss hard disk and its significance.

Hard disk is a data storage device that can store a very large amount of data and information, and give you quick access to them. It works as the principal storage media device of a computer system. All your data which are stored on the hard drive, stay in it regardless of the fact that the system is turned off. I’ve discussed the importance of hard disk below:

Being a hardware device, a hard disk drive is prone to crash and other severe issues which include corruption and malfunction. A situation of hard disk crash can make all your data inaccessible. Even the computer system fails to boot from the hard drive. Generally, computer users get confused by operating system crash and hard disk crash. They think both are same. But in reality, they ain’t. In fact, there’s a contrast between them. Logical failure is the reason behind operating system crash. No matters which operating system you’re using, i.e. Windows, Mac or Linux. On the other hand, hard disk crash occurs due to physical failure. In both these situations, you just can’t access your information, though it’s still available on the hard disk. 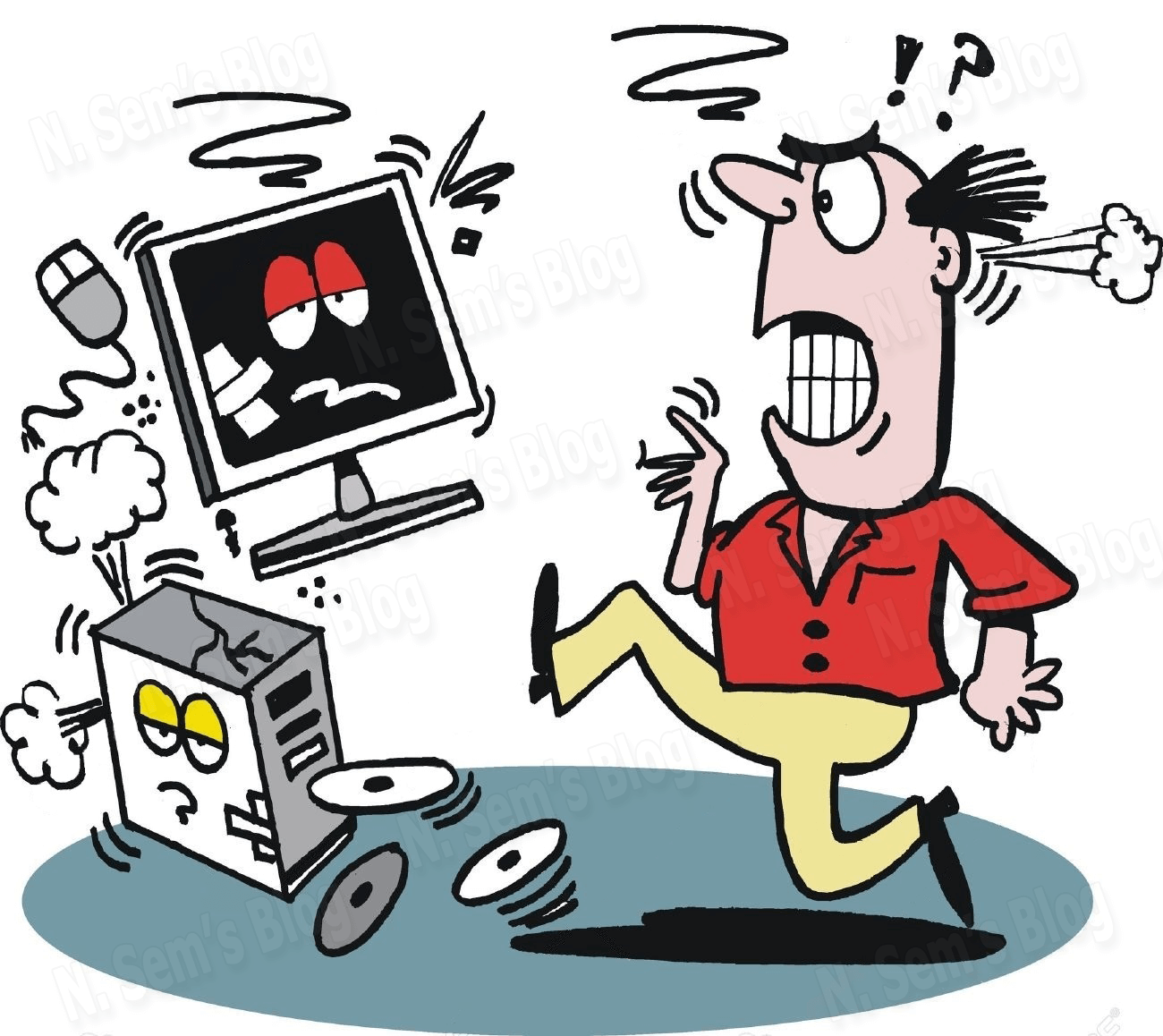 To begin with, you have to decide the factor of hard disk failure, i.e. logical failure or physical failure, which causes the hard disk crash on your computer system. At whatever point a system crashes down, it basically fails to boot to the operating system. Error messages can help you know the cause of the crash, i.e. either logical or physical. As physical failure causes a crash in system hard disk, you have to think about it. Whenever a computer system fails to boot and you get a few hints of clicking, grinding or whirring noise, this means it’s a physical failure. Until unless the real cause is diagnosed and resolved, neither boot your computer system nor reload the operating system.

There are several reasons which may cause hard disk failure, ranging from manufacturer’s fault to human errors.

You purchase a brand new hard disk from a well-known hard disk manufacturer. After a few days of purchasing, your hard disk stops working. You get a crash on your hard disk. It sounds unusual, but this can happen if there’s any manufacturer’s fault in it. Usually, what happens, vendors deliver or sells hard disks to their customers without proper testing or examining.

Solution: If overheating is the cause of your hard disk crash, you need to check the fans in your cabinet. They must be working in a good condition. Faulty CPU fans cause overheating, so avoid them. Don’t forget to give proper maintenance to your computer system in a regular manner. Always use a good quality of cabinet box that contains enough fans for proper cooling of your computer system. Using SMART (Self-monitoring, analysis, and reporting technology) tools are highly recommended.

Unexpected power failure can cause minor or sometimes serious damage to your system hard disk, and result in hard disk failure. Sometimes low or high power supply can cause your system be turned off in an unexpected manner. This mostly happens if you’re not using a UPS or using a poor quality UPS device. Poor quality UPS may not be able to provide the required power supply to the computer system.

Check for the symptoms below:

Always use a UPS device with your computer system that provides power backup to your system in the event of sudden power failure.

Mechanical failure in your hard disk drive usually occurs due to some internal causes which include bad sectors in hard disk, spindle motor fails to perform rotation, power supply issues, and many others. An old hard disk may cause many critical issues and problems, or if you have formatted the hard disk more than the specified limit, your hard disk might be in severe danger.

Solution: To avoid mechanical failure from hard disk, make sure you update your computer system in a regular manner. Use an Antivirus program to scan your computer system for viruses and don’t forget to update it time by time. Never let your hard disk be old enough, i.e. replace your system hard disk after 3-4 years even if the hard disk is in good condition.

Your computer data can become corrupt or invalid due to various reasons, such as abnormal system shutdown, accidental cancellation of running program, use of untrustworthy malware or freeware programs, frequent power failure, virus infection/attacks, many others. Any of these reasons can play an important role in corruption. And after that, your hard disk becomes unstable and starts functioning in a proper manner.

Solution: Never ever turn off your PC in an abnormal manner. Always use the specified way to shut down the computer system. Don’t make haste to closing the running application or programs. Give the required time to programs to get properly canceled. Avoid installing the applications which are downloaded from the untrustworthy source.

Human error means the mistakes done by a human which can cause serious damage to the system and its hard drive. Such mistakes include modification in the registry files of the system, alteration in files’ attributes of the system and many others. Sometimes an unauthorized person can access your computer and make it faulty or damage. You must consider human error one of the main causes of data loss or corruption.

The symptoms of human errors can’t be explained.

Solution: You can avoid human errors by following some simple things which include: avoid any type of unwanted modification/alteration to the system files, avoid formatting the hard disk more than its specified limit, never let any unauthorized person use your computer in your absence or even in presence.

Above are the most common reasons behind hard disk failure. Finally, the question is “how to recover data from a crashed hard drive”. Do you have any fix for it? Generally, people recommend data recovery services at the time of hard disk failure. You have two options here: either you can hire data recovery experts for recovering your data from corrupt hard disk, or you can just do it by yourself. There are many software vendors in the market which provide professional tools for Windows data recovery. SysInfoTools Software is one of them, a trustworthy name in the market for providing Windows utilities for different purposes like data recovery, email management, and email migration. You can try its amazing Windows Data Recovery software that can recover corrupt, lost as well as deleted data from hard disk drives with ease. 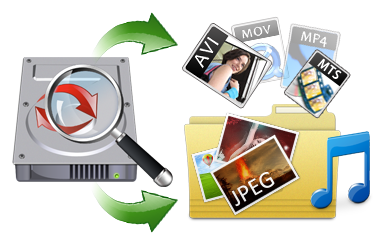 Why choose this software?

Just have a quick look at the key features of Windows data recovery software:

Important note: Before purchasing licensed version, I would recommend users to first download the free demo version of this software. By using demo version, you can see what you could recover from the hard disk drive and its volumes before you can actually pay for the software.

View all posts by Danish 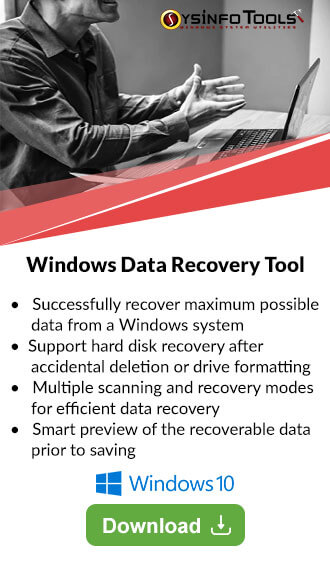