Have you ever had a confrontation with a situation when you face any uncommon prospect during the execution of any transaction with SQLite database? Remember it’s one of the strong symptoms of corruption.

SQLite is a popular relational database management system, although it’s not a client-server database engine. It’s a self-contained, high-reliability, embedded, full-featured, public-domain, SQL database engine. It’s the most widely deployed database engine in the world. Do you know why? Because SQLite is used by several widespread browsers, operating systems, embedded systems (such as mobile phones) and more other applications than you can count. If you’re looking for an open-source and embedded database software for local or client storage application software such as web browsers, SQLite best fits this need.

Note: SQLite is a compact library which means the library size can be less than 500 KB even if all the features are enabled. The library size actually depends on the target platform and compiler optimization settings.

What is SQLite database?

Though SQLite works as an embedded SQL database engine, it doesn’t have a separate server process, unlike most other SQL databases. What actually SQLite does is, it reads and writes directly to the ordinary disk files. Some key points of the SQLite database are:

Difference between SQL and SQLite

Database users often ask this question, what’s the difference between SQL and SQLite. Let’s find out some common differences between these two database programs:

Aforementioned are few common difference between SQL and SQLite.

Whenever an SQLite database moves to non-accessible (inaccessible) state, this means the file is corrupt. All you can do here is repair SQLite database or recover SQLite data. Do you know why this happens? If the process fails during any transaction due to any reason, the actual action automatically rolls back and you need to start from scratch. Due to corruption, you may receive an error message something like this:

SQLite provides you a facility by which you can lock SQLite database files. Sometimes unwanted changes done by two different processes for a single SQLite database may cause data corruption. In order to avoid this, you can simply lock the SQLite database. Where it’s a helpful feature for users, on the other hand, it may cause severe issues:

The sync command in SQLite database performs true synchronization, that’s it. But if it plays the role of I/O barrier instead of that, you may come across to any failure that can roll back the actions further. This may result in a violation of ACID (Atomicity, Consistency, Isolation, Durability) property, and hence the SQLite database goes into the resistant mode.

If any type of failure takes place in storage media device, be it system hard disk or flash memory, this may cause SQLite database corruption. Sometimes unwanted changes in the content of storage media may cause severe issues for SQLite users. Make sure the disk has enough storage space so that you can write more data on it. But if there’s no space for data storage and you’re trying to write something into it, this may result in SQLite database corruption.

How to Repair SQLite Database?

To repair SQLite database, follow the steps given below:

Step 1: Launch the DB Browser for SQLite on your system. 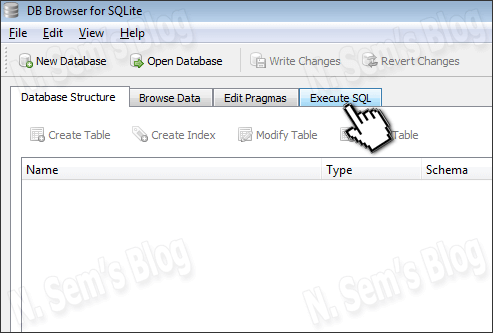 Step 2: Type PRAGMA integrity_check and click the play button (shown in below image). 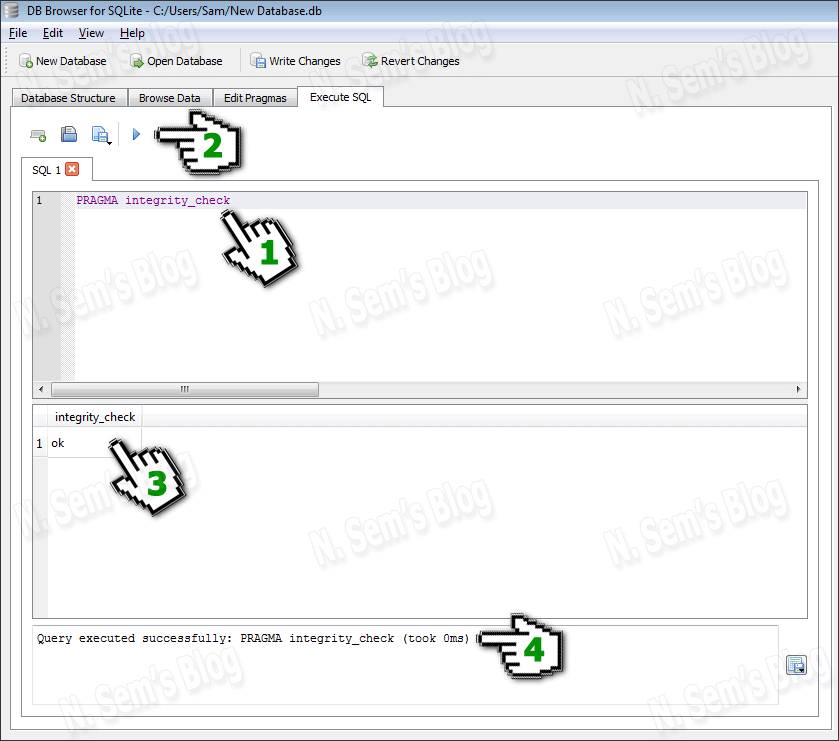 My SQLite database file is okay, i.e. not corrupt.

Step 3: If you find any error in the database, then you should export the database into a SQL file. 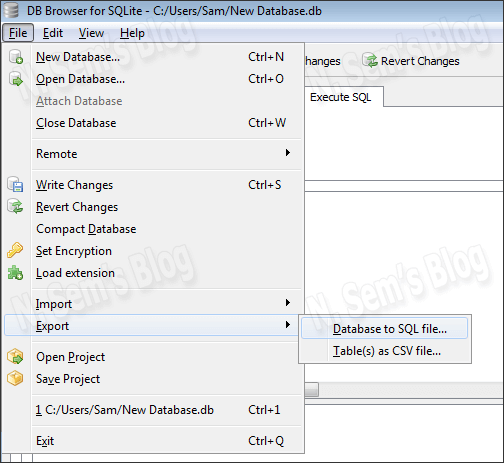 Step 4: On Export SQL… dialog box, select the objects you want to export. Also, define other options as well. 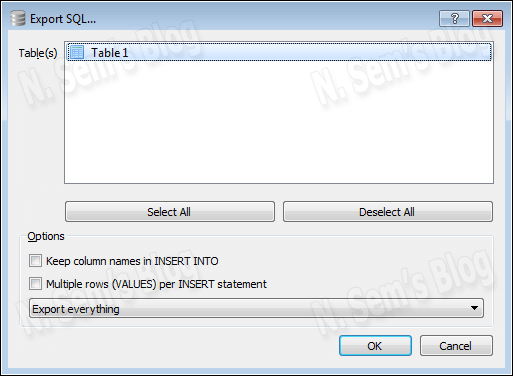 Step 5: Now you need to import the database back to SQLite browser. 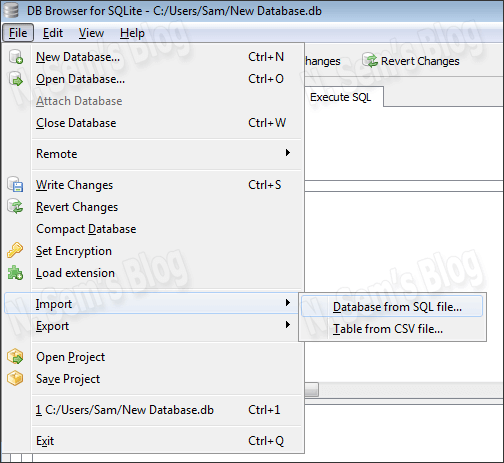 And most importantly, it’s an easy-to-use application that requires no prior technical expertise. No matter what type of user you are, i.e. technical or non-technical, you can use this software with ease. It contains an interactive and self-explanatory user interface. 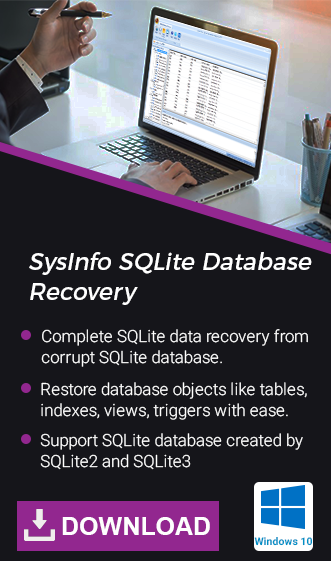